I often think managing people is not THAT hard. Then again, anytime you involve one more person in anything, it gets a little (or a lot) more complicated. Trust me. I’m one of seven siblings (not to mention that first wife).

But I really do believe managing people is not that hard. It’s just not that easy either. And therein lies the nuance.

1: a subtle distinction or variation
2: a subtle quality
3: sensibility to, awareness of, or ability to express delicate shadings (as of meaning, feeling, or value)

To me, everything about the brain (and life) is about duality–with a nuance. While I would like to look at things in black and white terms, I can’t ignore the grey (just look at what is happening with the current state of race relations in the USA–so much polarity, so little connection).

What do I mean by duality in the brain?

(My 5-year old son added that last one.)

I’m sure you can think of some, too.

So what’s the point?

The point is, in the brain (and it seems in life) negative has the much stronger team. Minimally, it’s stacked 5 to 1 in favor of threat.I call it a “losing battle.” And that makes sense when you realize the brain’s “primary organizing principle” is to minimize threat and maximize reward–with the dominant focus to minimize threat (Evian Gordon, 1-2-4 Integrate model). It’s our human survival mechanism. Stay away from danger.

As a leader (and human), if you’re not aware of this driving force, you can easily come at things from a negative vantage point, despite the alternative. And while it is natural and “feels” normal, it’s a limiting approach.

As mentioned in my post “Our own worst enemy,” it’s about strengthening your self-awareness muscles (you can also call it presence, mindfulness, interoception, social cognition) and improving your brain’s braking system (Ventrolateral Prefrontal Cortex).

If you get better at noticing perceived threats/dangers and can “catch” the limbic system’s reaction, you can begin to “brake” against the brain’s choice and make a more informed (thoughtful) choice.

I often like to ask, “Who’s in charge? You or your brain?”

Our own worst enemy… 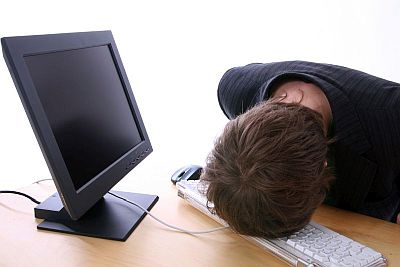 I’ve been thinking a lot about how to best help leaders develop their teams, since I’ve been focused on this work for the past ten years. What stands out for me is the ease with which we create “social threat” for others (you can also call this dis-stress). Just the nature of your role as a leader or manager can initiate a significant level of stress on your direct reports. Even the best managers create low level (hopefully manageable) threat for their teams, which is actually OK. Threat, in and of itself, is not the enemy. Overwhelming threat is--the kind of threat that results in people doing and saying things that, later on, they wish they hadn’t done and said.

One of the best ways to combat what I’ll call “unnecessary threat” is to take a more coach-like approach with your teams. This is brain-friendly in a number of ways. In his research, Richard Boyatzis (http://weatherhead.case.edu/faculty/richard-boyatzis) cites coaching as a way of halting and even reversing the effects of “power stress” on leaders. That’s a pretty powerful notion.

It’s also amazing to me how easy it is for managers and leaders who know and believe this to still be overly directive in their leadership approach. Again, I “blame” the brain along with a lower level of self-awareness (how’s that for provocative?!). We’re not always aware of how directive we are being. It’s also energy efficient AND feels good to tell people what to do. It’s rewarding for us, but it’s not as rewarding for our people.

So I think the best leaders understand the nature of mindfulness, have courage, are abundance-focused, and are able to practice delayed gratification. We can have a chat to discuss all of this.

Or if you don’t believe me, ask your people (If you dare).

What I do know is that I want to be happy.

I am at a point in my life where any misfortune or "tragedy" has been processed in a way that I've managed to learn some life lesson from it. Short term pain; long term gain.

I am surprised by how much I still have to learn and believe sometimes as I learn more, I understand less.

There was a point in my life where understanding "why" stopped being important. At this point, I simply want to focus on the next experience that gives me the opportunity to create something and experience joy or happiness. Whether it's my son making a new connection or an audience "getting it" during a presentation, workshop, or training program, I love to find ways to help people make new connections in a way that creates joy. I love to laugh. And I love bring laughter to others as well.

If I couldn't laugh, I think I might die. And that's nothing to laugh about.

Our amazing and frustrating brain

As I watch my little son, "the boy" as we call him, grow and adapt to his evolving world, I am even more amazed at what must be going on in his head. I can literally see the wheels turning and him trying to make sense of things. I am watching him create mental maps in real time. I am also aware that much of what he creates as a toddler, twaddler, and young child is done so from a limited world perspective and may not fully serve him in adulthood.

I am also aware of the typical hardwiring I, as his father, can download onto him--things like "be a big boy" and "you're OK" when he's hurt or frustrated and crying--and how they can be debilitating (or in the least case, not very helpful) later in life.

I work hard at saying the "right" things and not letting my emotions (which are great) get in the way. I don't always win, but I get better every week. I have to. There's too much at stake not to.

A colleague of mine has asked for help filling an open position.

Briefly, it's a Project Associate III in the Office of Academic Affairs for City University of New York. The position will provide analytic and project management support to the University’s New Community College and is ideally suited to current graduate students interested in management, higher ed, assessment or public policy; It's part-time 12-18 Hours per week; paying $25/hour. If interested, send cover letter/resume to Angie Sadhu, Program Assistant, NCC, This email address is being protected from spambots. You need JavaScript enabled to view it..

See document below for full details.